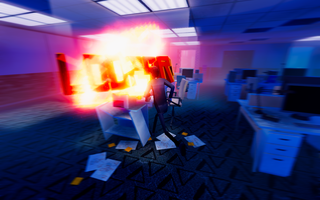 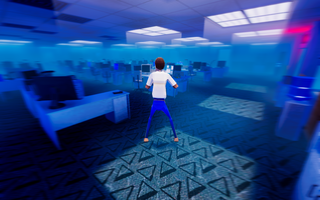 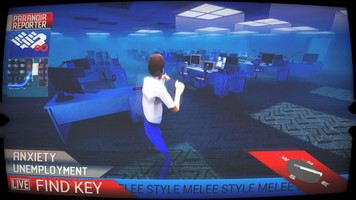 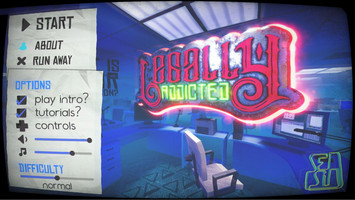 What's up folks! The project is alive and well. Almost ready for a 1.0 release, I bring you most of the updated features:

- Real-time GI is a go! Take that, UE5. The game is still made and Unity, and this feature is an open source system made by Sonic Ether and Ninlilizi.
- Lots of fog :)
- 11 levels, 2 bosses and 5 different thematic enemies.
- 2 different endings.
- Traps, pickups that lower your anxiety, office supply weapons, many unlockable skins with hidden parts randomly scattered.
- Destructible furniture, all physics based.
- Hidden Photo Mode (see the screenshots without UI).
- Hidden keys to change (some) skins textures - yes I love to hide stuff and challenge you...
- English and Portuguese translations (yes it's important, because the story got kinda long).
- Oh yes there is a story along the levels, with lots of humor.
- Procedural gibberish generator, based on Celeste, for the voices of narrator and the... hum... just watch the video.

This is just a scratch on the surface. I'm planning to release it as a premium PC game in less than a month, right here on itch. After 3 years, nomination for a prize in 2018, almost opening the company but not because my investor flew to Spain, it was though to keep developing this baby by myself. I had a divorce in the middle, lost a job... Many things happened, and without money or a team there was no way to keep the pace. But... during quarantine I could focus on it, and finally John Smoke is coming to life!

The WebGL and the downloadable alpha version will still be playable, so you can try the original concept and mechanics.

Just to remember, Legally Addicted is a totally procedural action dungeon-crawler, based on an office building and an nicotine addicted "almost-hero".

You are John Smoke, trapped in procedural dungeon/office